It was formed in 1976 from Western State, and included Ọsun State, which was split off in 1991. Oyo State is homogenous, mainly inhabited by the Yoruba ethnic group who are primarily agrarian but have a predilection for living in high-density urban centers. The indigenes mainly comprise the Oyos, the Oke-Oguns, the Ibadans and the Ibarapas, all belonging to the Yoruba family and indigenous city in Africa. Ibadan had been the centre of administration of the old Western Region since the days of British colonial rule.

Oyo State covers approximately an area of 28,454 square kilometers and is ranked 14th by size. The landscape consists of old hard rocks and dome shaped hills, which rise gently from about 500 meters in the southern part and reaching a height of about 1,200 metres above sea level in the northern part. Some principal rivers such as Ogun, Oba, Oyan, Otin, Ofiki, Sasa, Oni, Erinle and Osun river originate in this highland.

Oyo State contains a number of natural features including the Old Oyo National Park. In this location there was earlier habitat for the endangered African wild dog, Lycaon pictus; however, this canid is thought to have been locally extirpated at the present.

The Climate is equatorial, notably with dry and wet seasons with relatively high humidity. The dry season lasts from November to March while the wet season starts from April and ends in October. Average daily temperature ranges between 25 °C (77.0 °F) and 35 °C (95.0 °F), almost throughout the year. 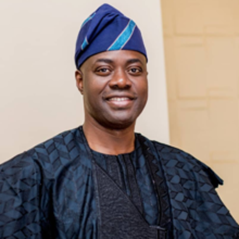 Oluseyi Abiodun Makinde (born 25 December 1967) is a Nigerian Businessman, Politician and Philanthropist. He is the governor of Oyo State] in South-western Nigeria. He is an Engineer and a subject matter expert on fluid and Gas Metering. He is the Group Managing Director of Makon Group Limited, an indigenous oil and gas company in Nigeria. He established his first oil and gas private business called Makon Engineering and Technical Services, (METS) at the age of 29 in the year 1997, after earning years of work experience with international oil and gas companies.

Makinde was born to a renowned teacher turned accountant, late Pa Olatubosun Makinde and Madam Abigail Makinde of Aigbofa Compound in Oja’ba, Ibadan. He is the third child of the family.

In 1998, Oluwaseyi trained at Industrial Control Services in Houston, Texas on Safety Shutdown System; and Development of Analytical Competence for Managing Operations at Lagos Business School (now Pan-Atlantic University)in 1999. In 2000, he had training in automation. In 2002, he studied Fundamentals of Crude Sampling at Jiskoot Auto Control Training Centre, Kent, England. Also, in 2005, he studied Understanding and Solving Complex Business Problems at Massachusetts Institute of Technology (MIT), USA

In 2007, Makinde contested for the Oyo South Senatorial seat under the platform of the All Nigeria Peoples Party (ANPP) but lost to the People’s Democratic Party candidate- Kamoru Adedibu. Makinde remained undeterred by his first failed attempt and in 2010; under the People’s Democratic Party, PDP, he aspired for the Oyo South 2011 Senatorial seat but lost the primary to the incumbent Oyo South Senator.

In 2014, Makinde aimed for the Oyo State 2015 governorship ticket under the platform of the People's Democratic Party (PDP). In December 2014, upon the conclusion of the party’s primary election, he was denied the governorship nomination ticket. Makinde however, remained true to his ambition and defected to the Social Democratic Party (SDP), under which platform he contested for the Oyo State 2015 SDP gubernatorial candidate, but lost out in the end.

In September 2017, the Caretaker National Chairman of PDP, Senator Ahmed Makarfi visited him in Ibadan and following extensive, deep and wide consultations with National Leaders, Oyo State leaders and elders of the Social Democratic Party, and cross sections of strategic partners within Oyo State, Engineer Seyi Makinde returned to his former political party, People's Democratic Party (PDP). He maintained that joining the PDP was not for personal gains but for the development of the State by finding lasting solutions to the array of problems facing the State. On September 29, 2018, Makinde emerged as the gubernatorial candidate of the People's Democratic Party (PDP) for the 2019 general elections for Oyo State, after polling 2772 votes at the primary election that took place at liberty stadium,Oke Ado in Ibadan.

On March 9, 2019, Makinde polled 515, 621 votes defeating his closest rival, Mr Adebayo Adelabu of the All Progressive Party who polled 357,982 votes. The All Progressives Congress (APC), during the General elections. Mr. Seyi Makinde was elected to the Office of the Governor of Oyo State at the 2019 Gubernatorial elections for Oyo State which held on March 9th, 2019.  Seyi Makinde on 29th May,2019 has been sworn in as the 28th executive Governor of Oyo State. Makinde takes over from Senator Abiola Ajimobi after the latter’s eight years in office. 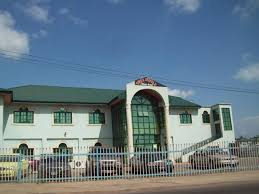 Agriculture is the main occupation of the people of Oyo State. The climate in the state favours the cultivation of crops like maize, yam, cassava, millet, rice, plantains, cocoa, palm produce, cashew etc. There are a number of government farm settlements in Ipapo, Ilora, Eruwa, Ogbomosho, Iresaadu, Ijaiye, Akufo and Lalupon. There is abundance of clay, kaolin and aquamarine. There are also vast cattle ranches at Saki, Fasola and Ibadan, a dairy farm at Monatan in Ibadan and the statewide Oyo State Agricultural Development Programme with headquarters at Saki. A number of international and federal agricultural establishment are in the state.

Mapo Hall is a large Ibadan City Hall built in colonial architectural fashion. The Hall lies top the Mapo Hill in Ibadan, Oyo State. The construction of the Hall took four years and it was finally unvielded in 1929. It was constructed for administrative use during the colonial era. Mapo Hall is well known for its seven columns which represents the seven hills on which the city of Ibadan was built.

Mapo Hall boasts of a mini museum which hold various relics of the colonial era. There are also various pictures of the city’s rulers, dating back to the first Olubadan to current available at the hall.

The most popular of the city’s six parks, Agodi Garden is a lovely park which spreads over 13 acres of land is a lovely park right at the center of Ibadan city. Most tourist flood the location for different forms of entertainment and recreation.

Cocoa House is a 26-storey building in Ibadan constructed in the year 1965. It was once considered the tallest building in tropical Africa. Cocoa House was established using the proceeds of Cocoa trade and export proceeds.

It is a property owned by Odu’a Investment Company and was formerly known as Ile Awon Agbe which means House of Farmers. Cocoa House was gutted by fire in 1985 but has been renovated and is still in use today. The hill can see most parts of the city, it was renovated in 2006 and has played host to several political and social events in Ibadan.

The University of Ibadan Zoological Garden and Nature Park located in the department of Zoology at the University of Ibadan. The renowned zoological garden was established in 1948 as a menagerie to support the conservation of wildlife and research. It grew into a full fledge museum in 1974. There are a wide variety of animals ranging from mammals to reptiles, amphibians, and birds available at the zoo. Ibadan Zoo is open all week between 8am and 6:30pm.

Visit the Irefin palace to learn more about the beautiful history of Ibadan people. The palace was built in 1902 and is made up of 185 rooms. There are people who still live in Irefin Palace till date.

Since this is one of the businesses that thrive in Oyo, and a lot of folks are keying into this then you may consider starting this business too. What does this business entail, you may ask? It would require you buying some farmlands, that is if you do not possess any land. You can also consider leasing a land if you do not have the wherewithal to buy a land.

3. Barber’s Shop-: There are barbers scattered all around the country; and Oyo state isn’t an exception. You may consider starting a barbing salon. However, you have to be sure that you get a befitting shop, as well as make your shop attractive for people to come in.

If you have a penchant for mobile phones, then you may want to consider starting a phone repair business. This means that you must know a whole lot about the different types of phones that exist, as well as the troubleshooting means. You can as well add the sales of accessories to it. One paramount thing to note is where to get the best supplies at the best deal.

Auto repairs business is one business that that have continued to yield profit from time immemorial. In Oyo state there are mechanics scattered here and there and you too can join the competition. You would first be required to get the required training so that you would be a certified mechanic and people can trust you to deliver.

Since cocoa is produced in Oyo state, there has been the emergence of various cocoa processing industries. You too can think to start an industry like this. There are plenty of industries that are into one food processing or the other. You too can consider investing in this business. You may consider a beverage company to start with.

The popular talking drum, as well as some other craft jobs is being produced in Oyo. Those who are in the business know that been consistent with this type of business brings about great success. You can consider investing in this because you are sure to sell these products in other parts of the country.

Aso oke is one of the traditional attires of the Yoruba people, and as such you can also find this business thriving in Oyo. As an investor, you may also be required to garner some training on how the art is done. The products got from this venture can even be exported to other parts of the world.

If you have ever been to Oyo before, then you would realize that they sure do know how to do justice to Amala and Ewedu. If you are very good with cooking and are open to garner other culinary skills, then consider having a local restaurant in the heart of town.

There are several garages in Oyo state and these garages have vehicles that tour different parts of the state, as well as outside the state. It is for that reason that you too may look to start a transport business. You can start to invest in this type of business with a fairly used bus or car. You can be sure to make great profit when you are consistent with this.

Gov. Seyi Makinde of Oyo State said that his administration had completed 307 projects in the education sector, while 236 others are ongoing, within its first year in office.

Makinde made this known, in an address on the Broadcasting Corporation of Oyo State (BCOS) in Ibadan.

“These projects include construction of schools and classrooms, Early Child Development centres, renovation of schools, installation of boreholes, supply of furniture and sports equipment among other procurements,” he said. 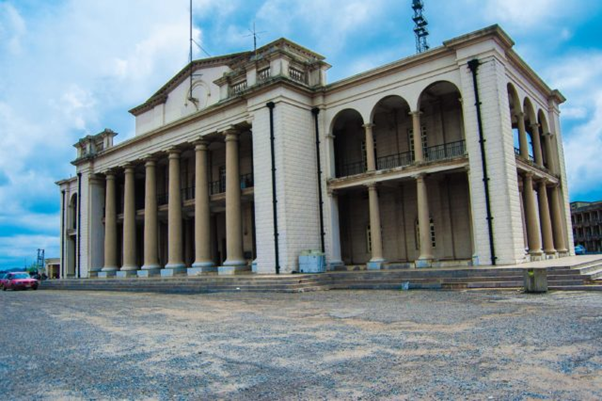 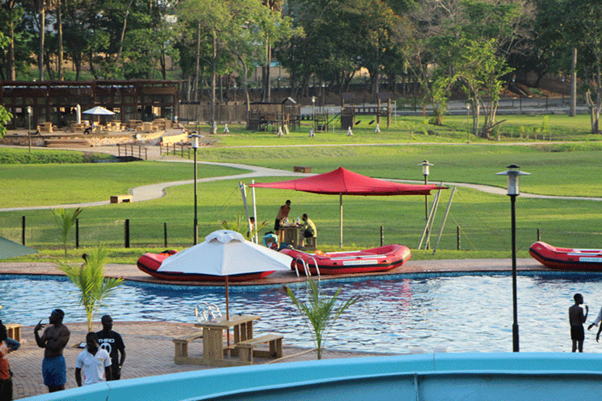 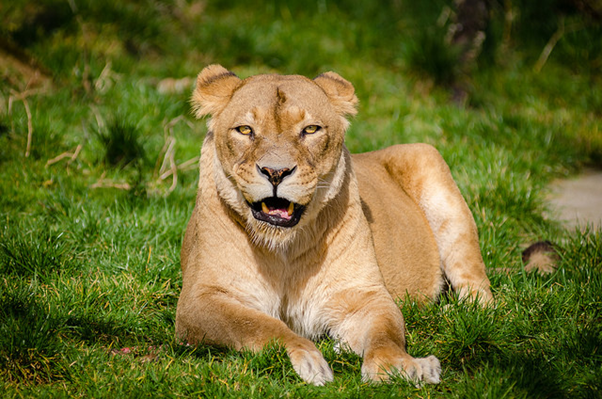 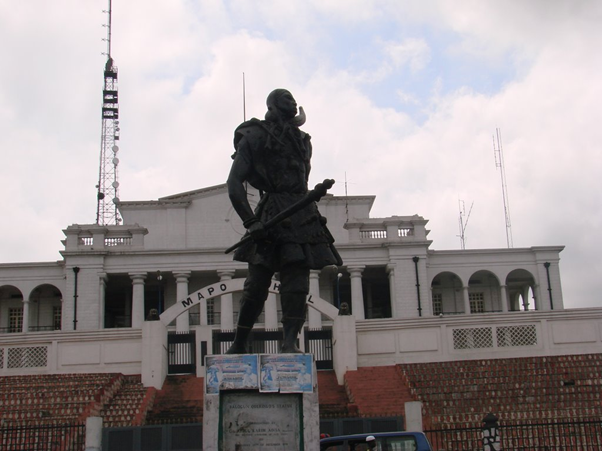 "To fix Nigeria is very easy, just be patriotic enough to play your own part and the job is done"