Ekiti was an independent state prior to the British conquest. It was one of the many Yoruba states in what is today Nigeria. Ekiti State is a state in southwest Nigeria, created on October 1, 1996 alongside five other new states by military dictator General Sani Abacha. The state, created out of the territory of Ondo State, covered the former twelve local government areas that made up the Ekiti Zone of old Ondo State; however, on creation, it took off with sixteen (16) Local Government Areas (LGAs), having had an additional four carved out of the old ones. Ekiti State is one of the thiryt-six states (including the Federal Capital Territory, Abuja) that constitute Nigeria.

The Ekiti, whose ancestors migrated from Ile-Ife as a people, form one of the largest ethnic groups in Yorubaland. Ekitis are culturally homogeneous and they speak a dialect of Yoruba language known as Ekiti. The homogeneous nature of Ekiti confers on the state some uniqueness among the states of the federation. Slight differences are noticeable in the Ekiti dialects of the Yoruba language spoken by the border communities to other states. For example, the people of Ado local government area do not speak exactly the same dialect with the people of Ijero Local government area, while the people of Ikole area speak something different from the people of Ikere area. The communities influenced by their locations include Otun (Moba land) that speaks a dialect close to the one spoken by the Igbominas in Kwara State. The people of Oke-Ako, Irele, Omuo speak a similar dialect to that of Ijesas of Osun State. However, part of the uniqueness of the Ekitis is that wherever is your own part of the state, you will understand well, when the other Ekiti man/woman speaks, in spite of the dialectal variations. In addition, all towns in Ekiti State take a common suffix, "Ekiti," after their names. 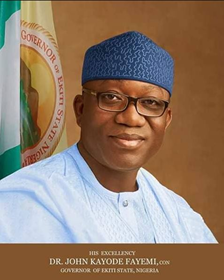 Dr. Kayode Fayemi was former Minister of Mines and Steel Development (2015 – 2018) under the Buhari APC-administration. He had the mandate of Nigeria’s President Muhammadu Buhari to reposition the Nigerian Mining sector to contribute optimally to the administration’s priority agendas of diversifying the country’s revenue base and creating jobs and economic opportunities for Nigerians. He was also the Chairman of the Governing board of the Nigeria Extractive Industries Transparency Initiative (NEITI). He was formerly the Governor of Ekiti State in Southwest Nigeria (2010 – 2014).

He holds degrees in History and International Relations from the University of Lagos and Obafemi Awolowo University respectively; a Doctorate in War Studies from King’s College, University of London and is a Fellow of the Centre for Peace and Conflict Studies, University of Ibadan. His research and policy development interests include: Natural Resource Governance, Democratisation, Constitutionalism, Security Sector Governance, Civil-Military Relations and Regionalism in the Global Context. Amongst other academic and public policy engagements at home and abroad.

Dr. Fayemi was the founding director of the Centre for Democracy & Development (CDD), a research and training institute dedicated to the study and promotion of democratic development, peace-building and human security in Africa. As a central figure in the coalition of civil society actors that resisted oppressive military rule in Nigeria, he was instrumental to the founding and running of opposition radio stations while in exile. His role in the struggle to restore democratic governance in Nigeria is documented in his book Out of the Shadows: Exile and the Struggle for Freedom and Democracy in Nigeria (CDD, 2005). His other publications include: Mercenaries: The African Security Dilemma, co-edited with Abdel-Fatau Musah (Pluto Press, 2000); Deepening the Culture of Constitutionalism: The Role of Regional Institutions in Constitutional Development in Africa (CDD, 2003); and Security Sector Governance in Africa: A Handbook (co-edited with Nicole Ball, CDD, 2004); Reclaiming the Trust (Amandla, 2012); Regaining the Legacy (Amandla, 2013); and Legacy of Honour and Service (Amandla, 2014).

Dr. Fayemi is a prominent member of the governing All Progressives Congress (APC) in Nigeria. In December 2014, he chaired the political party’s National Convention Planning Committee that conducted the unprecedented transparent and credible Presidential Primary election that produced the party’s Presidential Candidate for the 2015 general election and eventual winner, President Muhammadu Buhari. He also served as the Director, Policy Research and Strategy of the APC Presidential Campaign Council. In 2016, he led the party to victory as the Chairman of the election Management Sub-Committee of the Ondo State Governorship election.

He has received several awards and recognitions at home and abroad and holds the national honour of Commander of the Order of the Niger (CON). Dr. Fayemi was born in Ibadan on 9th February 1965. He is married to Erelu Bisi Fayemi, the renowned women’s and children’s rights advocate, international development specialist, writer, and social entrepreneur. 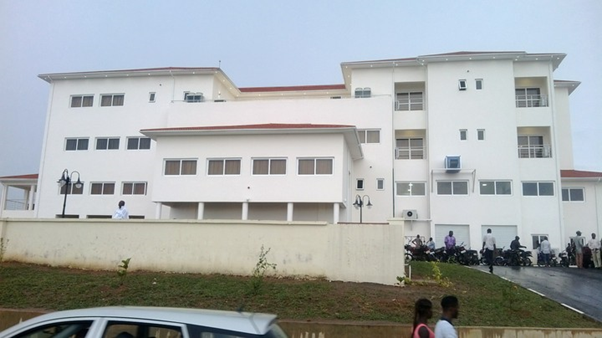 The main occupation of indigenes of Ekiti is agriculture and it currently serves as a major source of income for most of the citizens of the state. The agricultural products produced include cocoa, cassava, maize, oil palm, kolanut, plantain, bananas, cashew, citrus, timber, rice, yam, and cowpea. 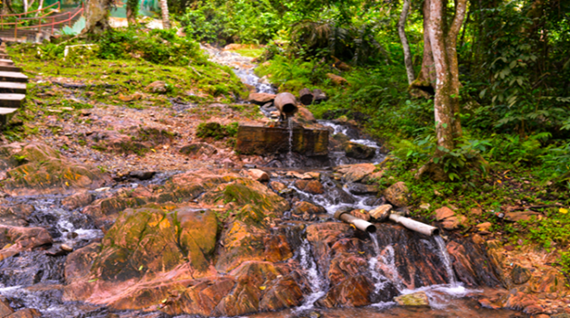 Ikogosi Warm Springs is one of the most popular tourist attractions in Ekiti. The fact that it is a confluence of hot spring and cold spring makes it irresistible.

Renowned for its cultural significance, Ikogosi Warm Spring is situated in a forest that extends over a hilly landscape. 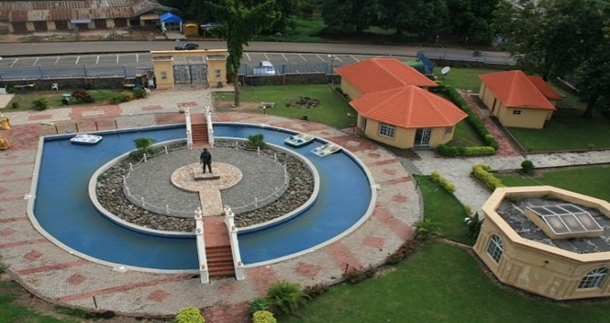 The park is a serene tourist destination that has a fountain, children’s playground, mini museum, tower, restaurant, drink bar, among others. 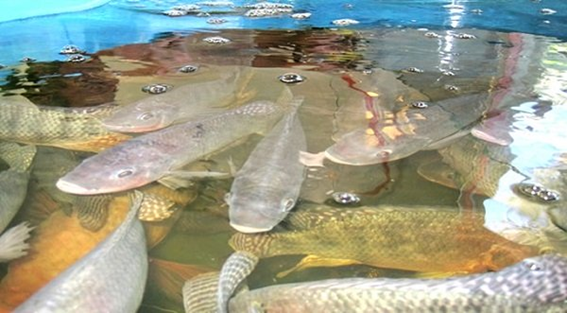 The Erin Ayonigba Fish River, popularly called the sacred river, is filled with fishes that can never be killed or eaten. Killing the fishes is forbidden, and it is said that whoever manages to kill any of the fish would die in poverty.

It is believed that any fish taken the river will never get cooked no matter how long it is on the fire. If you are passionate about tourism, this is a must-see for you.

Asides from being a great site to explore rich Yoruba history, it is believed to have served as a refuge place for the people of the town during the ancient wars in Yorubaland. Esa Cave is located in Iyin-Ekiti in Irepodun/Ifelodun, about three kilometers away from Ado-Ekiti, capital of the state.

The original owners of the cave are the Ijoro family of Okesale area of Iyin Ekiti. 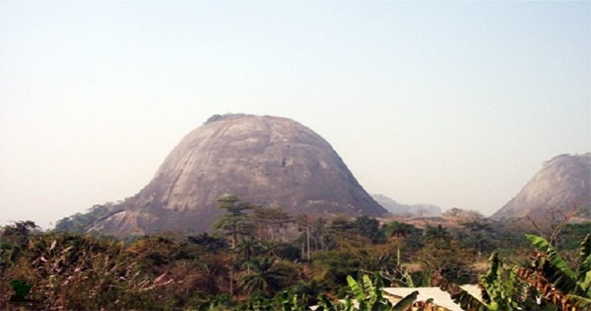 If you ever get confused on selecting the perfect location for sightseeing in Ekiti, mountain climbing, and picnics, Orele Hills has you covered. Located in Ikere Ekiti, the steep-sided hill is a good resort centre for tourists.

The Orele deities are credited with the provision of children to barren women and protection of Ikere from warfare. They are also said to be responsible for the welfare of the town. Ikere Ekiti is said to be the only unconquered town in Ekiti during the ancient inter-tribal wars.

Slogan
Land of honour and integrity

"To fix Nigeria is very easy, just be patriotic enough to play your own part and the job is done"